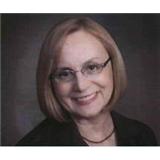 Chickenpox, caused by the varicella-zoster virus, is a highly contagious childhood disease which causes a red, itchy rash of small blisters all over the body. The rash typically first appears on the trunk and then spreads to the face and limbs. The illness can be serious in babies, pregnant women and people with weakened immune systems. Previously considered an inevitable childhood disease, the illness is now far less common since a chickenpox vaccine has been developed and is normally administered to all young children. With very few exceptions, children in the United States must be vaccinated against chicken pox before registering to attend day care or school. Most frequently, children have been given their second and final dose of chickenpox vaccine by the time they are 6 years old, but if necessary they can be vaccinated later on.

Causes and Transmission of Chickenpox

The virus that causes chickenpox is caused by the varicella-zoster virus, a member of same family of viruses that causes herpes zoster, or shingles, in adults. Chickenpox is extremely contagious and can be spread through the air or through contact with fluid in one of its blisters. A patient can be contagious for up to 2 days before the blisters appear and remains contagious until the last of the blisters have become crusty. The illness, however, incubates inside the new patient for between 10 and 21 days.

Most cases of chickenpox occur in children under the age of 10 and are relatively mild. Older children or adults who contract the disease tend to have more serious symptoms. More severe symptoms are also more common in children with compromised immune systems due to underlying medical conditions or treatments for such conditions, such as chemotherapy or administration of steroids.

Children of mothers who have been vaccinated against the disease are usually protected for their first year by their mother's antibodies. If these children do develop the illness, the are likely to have only mild cases. If a newborn contracts chickenpox and its mother has not been previously vaccinated, however, the infant is at risk of serious infection.

Most children experience flu-like symptoms when they contract chickenpox, exhibiting:

The blistering rash of chickenpox usually appears a bit after the first feelings of sickness, first as small red bumps on the face, torso and scalp, then spreading all over the body and becoming pustular. While the blisters are present, the illness is extremely itchy and uncomfortable, especially since the lesions may appear inside the mouth or vagina or on the eyelids. Because the rash appears in progressive groups, the patients may have some red bumps, some pustules and some crusted lesions all at once. The rash is contagious until all evident red areas have crusted over.

Treatment of chickenpox revolves around relieving symptoms of discomfort since there is no cure for the disease. To lower fever and lessen discomfort, acetaminophen (Tylenol) should be administered since any aspirin products may be associated with Reye's syndrome. Other treatments to relieve the severe itching associated with chickenpox may include:

On occasion, antiviral medications are prescribed to children with pre-existing skin or lung conditions or to others in the household, such as adolescents or adults, who are more likely to develop severe symptoms.

The most common and least serious complication of chicken pox is the development of scars where the rash lesions have been. These only occur, however, if the rash has been scratched and the lesions have become infected with bacteria. For this reason, it is best to keep the nails of children with this disease quite short. It may even be necessary to have them wear light cotton gloves. Other complications of chickenpox, though mostly quite rare, may include:

All patients who have had chicken pox as children are at risk of developing shingles as adults. The virus that caused the childhood disease remains dormant during the intervening years, reactivating as shingles in 1 of 10 adults, frequently during a period of physical or emotional stress.